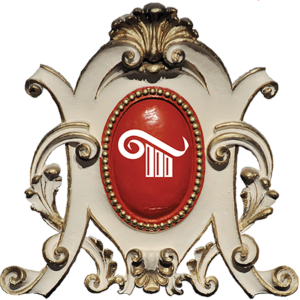 Since its construction in 1855-1858, the City Hall/Thalian Hall building has had the unusual distinction of serving as both the area’s political and cultural center. Listed on the National Register for Historic Places, Thalian Hall is the only surviving theatre designed by John Montague Trimble, one of America’s foremost 19th-century theatre architects. It was built at a time when Wilmington was the largest city in the state. The new building housed the town government, the library, as well as an “Opera House”, seating 1,000 people, which was 10% of the population of the Town.

Wilmington had been a center of theatrical activity since the end of the 18th century. With the building of Thalian Hall, Wilmington became a major stop for national touring artists. During the Civil War, Thalian Hall was in almost constant use as a place of amusement. The theatre was under the control of the 4th Thalian Association for the first two years of its operation until financial difficulties forced their dissolution.

From 1860 until 1936, Thalian Hall was leased by private entrepreneurs, who booked in road shows and star attractions. The most famous lessee of the theatre was John T. Ford, formerly of Ford’s Theatre in Washington D.C. He leased Thalian Hall from 1867-1871 and changed the name to “The Opera House.”

Some of the artists who appeared in the Hall in the 19th and early 20th centuries were Lillian Russell, Buffalo Bill Cody, John Phillip Sousa, Joseph Jefferson, Maurice Barrymore, and Sir Henry Lauder. Between engagements the theatre hosted many local events such as amateur concerts, recitals, meetings, graduations, exhibitions, and even roller-skating.

After the turn of the century, Thalian Hall went through several renovations. In 1909, the side balconies were removed, the ornate proscenium arch and electric stage lights were installed. It was during this period that the name was changed from the “Opera House” to the “Academy of Music”. The theatre continued to serve as a road house through the first three decades of the new century.

By end of the nineteen twenties the great days of touring road shows and the last major production to play the Hall was the 1928 Ziegfeld Follies. However, many local activities continued to take place on its historic stage including concerts by the Wilmington Concert Association and community theatre by the 5th Thalian Association. Both of these organizations were organized in 1929. There were several close calls with demolition in the 1930’s and 40’s, but the citizens of the community always rallied for its preservation and the building was renovated.

Following a small fire in the auditorium in 1973, the theatre was restored to its turn of the century appearance under the direction of the Thalian Hall Commission, Inc. After reopening in 1975, Thalian Hall witnessed a dramatic increase in use by professional artists and community groups, and audience attendance rose.

In 1983, under the direction of the Thalian Hall Center for the Performing Arts, Inc. (formerly the Thalian Hall Commission), a Master Plan for the expansion of the theatre and the renovation of the stage house was developed. The citizens of Wilmington overwhelmingly passed a $1.7 million bond issue for the Thalian Hall Renovation and Expansion Project in 1985. The Commission changed its name to the Thalian Hall Center for the Performing Arts, Inc. in 1986 and launched a major capital campaign. Thanks to the magnificent response by the state and the private sector, over $2 million was generated for the effort, with the City of Wilmington providing the remainder of the funds. Construction on the $5.0 million project began in 1988, and took 18 months to complete. The expanded Thalian Hall/ City Hall complex reopened on March 2, 1990 for a two week festival of performing arts presented by visiting artists and local arts organizations.

Since that time Thalian Hall has become one of the most heavily utilized facilities of its kind. Thalian Hall’s three venues annually host 422 events attended by nearly 80,000 people, a figure that has doubled in less than twenty years. In addition to the wide range of community programming, the THCPA provides touring performances through its Main Street Attractions series which include national and international touring artists. THCPA also features artistic films through the Cinematique Film Series. Thalian Hall plays an important role in arts education for local children. The annual Pied Piper Theatre produced by THCPA and the Junior League provides a first experience with live theatre to every first and 2nd grader in New Hanover County.

The demand created by this extraordinary use cannot be met by the existing facilities. Recognizing this and other longer-term needs, the THCPA Board of Trustees has completed a new Master Plan in 2003 which calls for a renovation of the historic theatre and the construction of a new medium size playhouse adjacent to the present stage. Fully implemented, the new Thalian Center will become one of the finest performing arts complexes in the state and will serve the needs of Wilmington and the Region well into the 21st century. Importantly, the plans ensure that historic Thalian Hall will remain the jewel in Wilmington’s cultural crown. As of this writing, the renovation of the Historic Main Stage and 1990 addition is underway, with plans to begin a new campaign for the new playhouse at a future date.

The interaction and influence between professional and amateur, local and touring artists is a familiar theme throughout the Cape Fear region’s theatrical history. As a port city, Wilmington’s role and attitude has been one of receiving and incorporating outside influences and then nurturing and shaping these influences, creating a unique theatrical tradition comprised of many diverse elements including troupes of itinerant actors, prominent Wilmington thespians, great touring stars, historical pageants, original plays, summer stock seasons, little theatre productions, right down to present day citizens playing feature roles in contemporary films. All of these influences have served to imprint Wilmington’s artists, delight its audiences and fill its theatres.